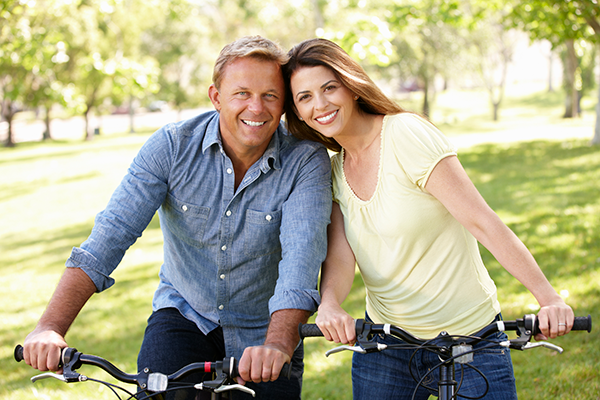 A vasectomy is considered a permanent method of birth control. A vasectomy prevents the release of sperm when a man ejaculates. During a vasectomy, the vas deferens from each testicle is clamped, cut, or otherwise sealed. This prevents sperm from mixing with the semen that is ejaculated from the penis. An egg cannot be fertilized when there are no sperm in the semen. The testicles continue to produce sperm, but the sperm are reabsorbed by the body. (This also happens to sperm that are not ejaculated after a while, regardless of whether you have had a vasectomy.) Because the tubes are blocked before the seminal vesicles and prostate, you still ejaculate about the same amount of fluid.

Conditions We Treat Include:

Check out the links below for more information

Hear What Our Satisfied Patients Are Saying...

“I have received exceptional care from the Florida Urology Center, and for this I am most grateful.”

“We were very well pleased. We would highly recommend your office to anyone.”

“What a blessing it was to find Florida Urology Center.”

“Thank you Florida Urology and PASC for taking great care of my wife, you are an absolute blessing to us.”

“There are some great people at your facility and I am grateful they made it possible to take care of my serious condition.”

“Thank you for your excellent medical service, fine attention and great nursing staff.”

“I pray that God watches over everyone in the Florida Urology Center.”

“I would recommend the Florida Urology Center to anyone needing professional and compassionate care.”

“Professional, efficient and the staff is caring and friendly. Wonderful experience!”

“The staff was extremely professional and very friendly. Staff was also very patient in answering our questions.”

“Everyone was wonderful to me, I feel like I was with my family.”

“It can’t get any better than this! Everyone is very professional and courteous.”

“Thank you to the Doctors and staff for providing me the most excellent care possible.”

“‘Two Thumbs Up’, ‘Five Stars’ and ‘A Big Thank You’ to the Florida Urology Center!

“The staff and doctors are excellent. I always get immediate care when I’m having problems.”

“We have had great care. Everyone has been so nice and helpful to us. Everyone goes way out to help.”

“Thank you, Florida Urology Center, for being there.”